We sat down with Lauren Tierney to understand how she uses her skills to educate readers on some of the most pressing issues of our time.

We sat down with Lauren Tierney to understand how she uses her skills to educate readers on some of the most pressing issues of our time.

My role at the Post is editing and managing our mapping, natural disaster and weather coverage.  When I started at the Washington Post in 2017, I was a graphics reporter, which is more of a “making'' role. I’d work on news topics, for instance, if a hurricane was coming and we needed to make a hurricane path map, or an earthquake happened somewhere, or if a volcano exploded, anything that involved a map, I'd work on along with other map makers on the team.

Did you always want to focus on cartography?

My journey to cartography took place during my time at the University of Oregon (UO). I actually started as a journalism major (I had really enjoyed being yearbook editor in high school), but after taking a few classes, it didn’t feel like the right fit for me. I ended up moving back to the sciences. To fulfill a general education requirement, I took a climatology class. I became obsessed with that class. To this day I have the textbook on my desk! That class introduced me to the geography department, which became one of my majors (I also double-majored in Spanish).

I still wasn’t focused on cartography though. Initially, I took a lot of physical geography classes focusing on weather and climate and ended up applying for graduate school in atmospheric sciences. It wasn’t until my senior year that I took the mandatory GIS classes. I saw them as obligatory and not my main focus, which was weather and atmospheric sciences. It’s funny in retrospect, because I ended up being fascinated by GIS and the ability to take data and design it into a map for others to read and learn from. I took the advanced cartography class from Jim Meacham and that's where I learned the principles of cartographic design, and it just felt like a fit, combining all of my interests. I ended up reapplying to grad school, staying on at UO to study cartography and GIS for a Masters degree, and then started my career.

In retrospect, it seems like you were destined to be a climate, weather and natural disasters graphic editor.

It was a mixture of a natural fit with my interests and the opportunities I pursued. At UO, I worked at the Infographics Lab where I gained the cartographic skills that I’ve carried through my career since, and it also gave me the opportunity to assist scientists mapping topics like wildlife migration, which put me in a great position to apply to National Geographic Magazine. At National Geographic, my academic experience helped me take on stories like the melting of ice sheets in Antarctica. All of this positioned me well for the role I’m in now.

What can cartography bring to weather and natural disaster stories?

As cartographers for the Washington Post, we are trying to help readers understand complex phenomena through maps and graphics. For a hurricane, for example, we want to show the path and who will be impacted. This information is for the people in the impacted area, but also for those wondering who will be impacted next, answering questions like “is it going to hit me here in North Carolina or is it going towards Louisiana?” We also need to be able to show the uncertainty, and we have done a lot of work to represent this visually.

After an event, the story becomes about those impacted, and maps play a big role in this. Which areas were flooded? Which are still experiencing power outages? How many thousands of people are still without water? For example, when we covered Hurricane Ida, the text and images were extremely powerful, but the map was able to show that much of Louisiana had their power back except for one neighborhood. People need to know this, and our role is to show it as clearly as we can.

How has the role of the cartographer changed in newsrooms over your tenure?

I think a lot has changed over the last ten years, and most of this change has occurred due to the expansion of graphics departments at major news outlets, like The New York Times and Washington Post. When I started at the Post, we had a team of about 25 people. We're closer to 40 people now, and we are producing graphics for many more topics, climate change being one of them.

This expansion to new topic areas allows for more collaboration across teams. My team works closely with Capital Weather Gang, a team that reports on meteorology and climate. A story came up about the sea surface temperature of Alaska that we were able to collaborate on, developing custom maps and graphics to help readers understand what was going on. We worked together to think through how we could map the rising temperatures and what type of color ramp would really communicate what was happening. From this example alone you can see how having bigger graphics teams has really helped expand what topics we bring to life with maps.

Climate change and weather overlap, but are also distinct. How do you differentiate the two when developing a graphic?

Climate and weather are two different things but they certainly do affect one another. Weather is the short term (e.g. it is raining here today or it's going to rain here next week), whereas climate is the story of how today’s weather contributes or ties into a bigger picture (e.g. it’s raining more over the past ten+ years). But some stories will have a bit of both. At National Geographic we did a piece on the Larson Ice Shelf breaking off Antarctica. The shelf breaking was an event–it was the size of Delaware–but we needed to explain it in the context of Antarctica’s melting over a longer time period, and convey that this was part of a longer term trend.

What piece are you most proud of?

Over the years, some of the most compelling pieces I’ve worked on pushed me technically. When the Trump Administration reduced the area of Bear Ears National Monument in Utah, a small team of us went out there to capture the areas with drone imagery and video footage to map and visualize them. We felt the drone footage would do the best job capturing what was being left unprotected.

We came back to the office and we spent months reporting for that story, talking to the people in the communities, and just trying to explain to readers what the impact would be, its importance to the tribes, etc. It was a lot of work, definitely took me to new technical heights, and I'm very proud of what our team accomplished and provided for our audience.

Yes! I was working on a story about fall colors with my colleague Joe Fox. We spent hours on the phone with scientists and leaf enthusiasts who are dubbed “leaf peepers,”. After all the reporting, we wanted imagery to bring the piece to life. We hit the road with our drone to get footage of fall colors over West Virginia. When we got there, the colors hadn’t changed yet! We kept climbing to higher and higher elevation, hoping we could find some leaves to capture video imagery of, but no luck. We ended up bringing some leaves from the ground back to the office and our colleague Brittany Mayes scanned them and Photoshopped them together to use as a topper for the piece. It was a last minute thing we came up with, and it really ended up working. I really appreciate how fun and flexible our team can be.

After an event, the story becomes about those impacted, and maps play a big role in this. Which areas were flooded? Which are still experiencing power outages? How many thousands of people are still without water?

Bio
Lauren Tierney is a Graphics Editor at The Washington Post, managing mapping, weather, and natural disaster coverage for the Post graphics team. Lauren started at the Post in 2017, and was previously a Graphics Editor at National Geographic Magazine. She has her Masters in Geography from the University of Oregon. 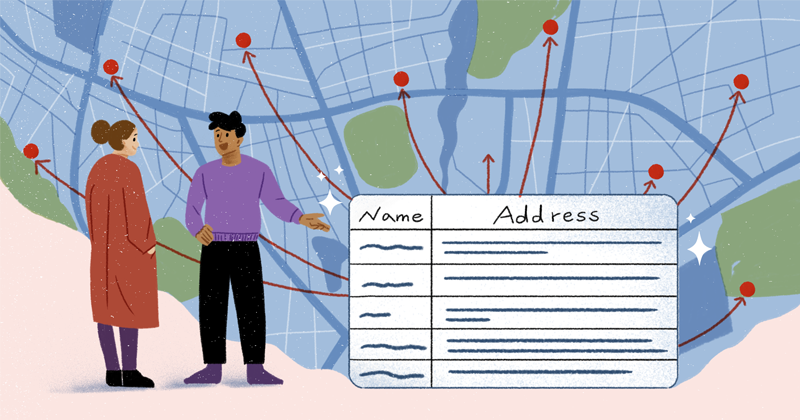 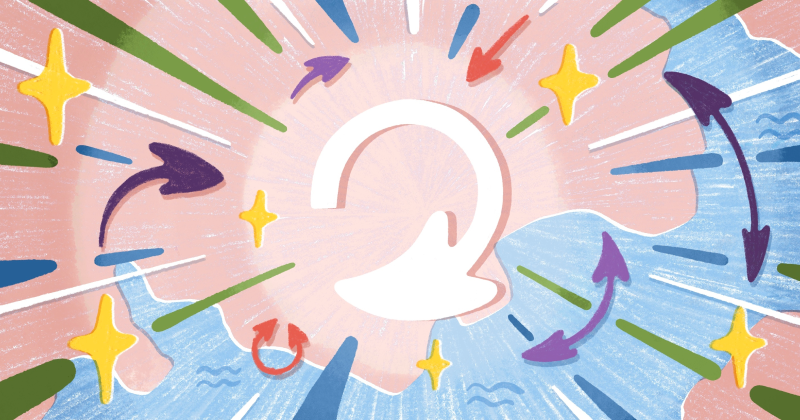 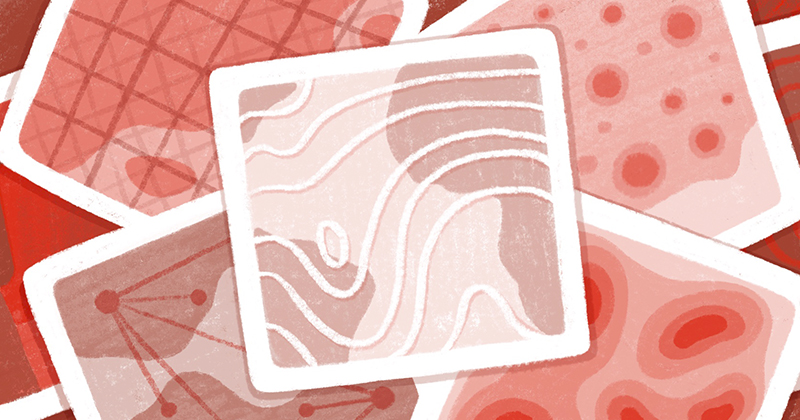 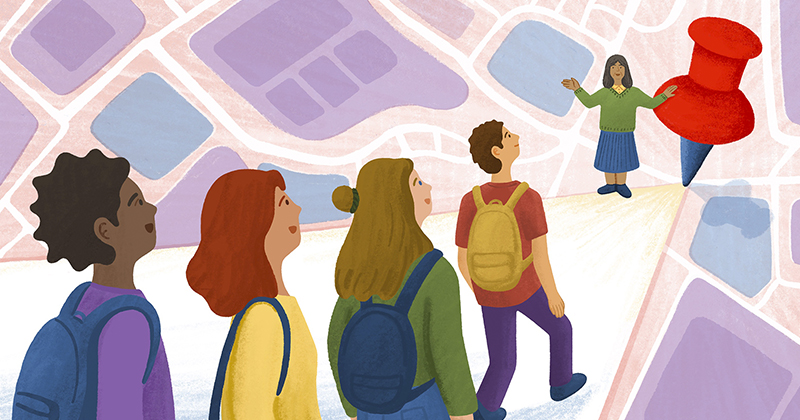 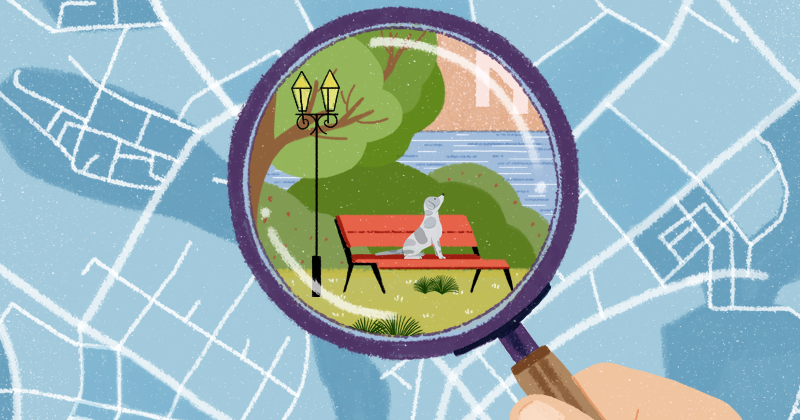 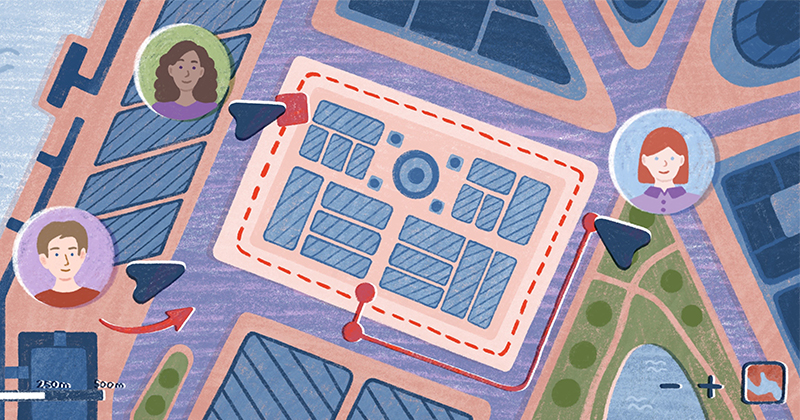